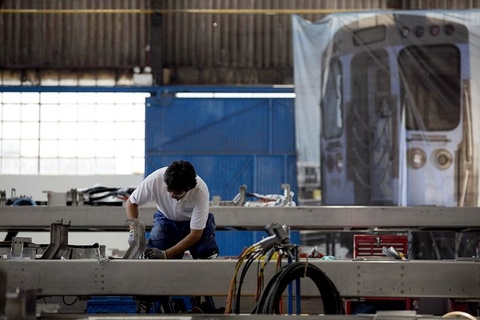 French rail firm Alstom SA is to take over the railway unit of Canada’s Bombardier Inc. in an $8.2 billion deal that could give it the scale needed to compete with its state-owned Chinese rival.

Alstom said on Monday it has signed a memorandum of understanding with Bombardier that would see it pay up to €6.2 billion ($6.7 billion), in a mix of cash and stock, for the Bombardier Transportation unit. Bombardier said in a separate statement on the same day that, including Alstom’s assumption of the unit’s debt, the deal will cost a total of $8.2 billion.